US leadership in microelectronics

Microelectronics underpin our modern information society. The extraordinary progress—within a single human generation—that we have witnessed in health, communications, computation, energy, transportation and so many other areas of human endeavor stem from the revolutionary advancements of microelectronics technologies over the last 50 years. Arguably, no other technology in history has advanced so fast or delivered so much to human society. The unrivaled leadership of the U.S. in microelectronics since its inception has brought enormous economic progress to our nation and deterred adversaries that could threaten our security.

That commanding role, however, has eroded over time. Other countries are now vigorously contesting U. S. leadership in microelectronics, and that includes countries often at odds with our nation’s interests and values. As leading-edge semiconductor manufacturing capacity has dramatically dwindled in the U.S., concerns about vulnerable supply chains in the event of natural disasters, trade disputes, or military conflict have come to the fore. This realization has prompted a healthy degree of introspection and a deep examination of the entire ecosystem in which microelectronics thrives. This analysis has revealed multiple weaknesses and gaps that the U.S. government is committed to address through the CHIPS Act and other legislation.

This white paper aims to contribute to the synthesis of a national vision for the role of universities as part of an ambitious holistic drive for the U.S. to reassert its leadership in microelectronics. U.S. universities play a unique role in the ecosystem that supports the nation’s excellence in advanced technology and can provide a singular perspective.

To ensure long-term leadership, leading-edge semiconductor manufacturing in the U.S. must be prioritized and universities activities must be closer to it.

The terms “microelectronics” and “semiconductors” are often used as short-hands to refer to a broad range of technologies involving multiple material systems, processes, and devices performing various functions. As ubiquitous hardware technology, nanoscale logic CMOS technology based on Silicon is at the core. Equally strategic are memory technologies, signal processing, power electronics, communication chips, system integration technologies, sensors, photonics, as well as the broader context of manufacturing equipment, advanced materials, packaging, circuit and system design and verification tools, and the large system integrator industry that aggregates it for the end customers. 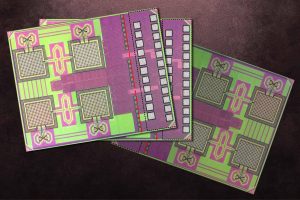 The ever-expanding diversity of materials, processes, and functions makes microelectronics a rich and rapidly changing field, one that is forever spawning surprises and unexpected opportunities. A deep reexamination of all the elements of the microelectronics ecosystem and their symbiotic interactions is now warranted. Traditional geometrical scaling of logic CMOS will continue to be central to virtually all applications despite a slowdown in performance gains and increasing costs with each new node. Innovative application-specific architectures and algorithms will contribute significant enhancements in performance as already evidenced by data-intensive artificial intelligence applications that are demonstrating seemingly superhuman capabilities in solving previously intractable problems. New material systems, devices, and integration technologies are opening unprecedented capabilities in communications, memory, computation, power management, and interfaces with the human body.

Opportunities abound. Seizing them, however, is not straightforward. Hardware innovation is significantly constrained in the absence of a deep understanding of manufacturing systems. This requires the physical proximity of those doing the production to those doing the innovating. The hollowing out of semiconductor manufacturing in the US is compromising our ability to innovate in this space and puts at risk our command of the next technological revolution. To ensure long-term leadership, leading-edge semiconductor manufacturing in the U.S. must be prioritized and universities activities have to get closer to it.

“Without scaling [to volume manufacturing], we don’t just lose jobs – we lose our hold on new technologies. Losing the ability to scale will ultimately damage our capacity to innovate.” – Andrew Grove, Bloomberg Businessweek, 2010

Next Section: Universities in the microelectronics ecosystem >>